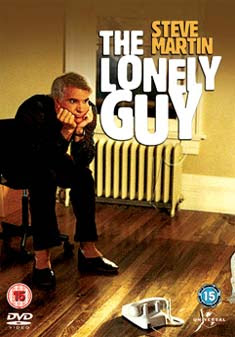 As a single dad I often end up playing the part of "The Lonely Guy". I'm not always a loner, but sometimes circumstances conspire against me and I'm left with the choice of staying home with the kids or going out alone. Such was the case last night.

I had tickets to see one of my favorite musicians...Kalai. And for some reason he was playing a concert 10 minutes from my house. This was an event I couldn't pass up. I invited someone to go with me, but due to the bad weather she was unable to make it. My son needed to go to a concert for a school assignment for his guitar class, so I took him with me. The problem is that concerts never start on time and then you have to sit through the lame warm up musicians. So half way through the second local musician my son was ready to go home. My babysitter needed to get home anyway, so I took my son home and quickly returned to the concert...ALONE.

I've been to concerts by myself before. Mainly because I love music and don't want to miss the experience of seeing one of my favorite musicians live. But I always end up feeling like that creepy loner guy. Once the music starts I become part of the experience and the fact that I'm alone doesn't matter anymore. But the showing up alone and leaving alone is always a little depressing.

I don't know how it is for other single parents. I often wish I was part of some cool group of people like the cast of "Friends" or "Seinfeld". You know...those people that always socialize together and go out together. But most of my friends are married and mormon. Not exactly cool. And you can't call your married buddy and say "Hey, let's go to a bar for a couple drinks and listen to music".

I guess since I love music and I'll be a single dad for the next 10 years...I'm destined to be the creepy, middle aged, lonely guy at concerts. If you see me at one of these concerts, don't be afraid. I'm just there for the music and a much deserved break from the life of a single dad.

Email ThisBlogThis!Share to TwitterShare to FacebookShare to Pinterest
Labels: StrAinge