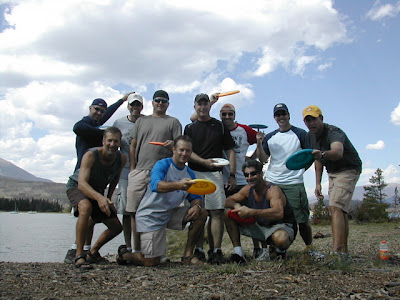 I just returned from my annual "Guys Weekend"!!! This is something I look forward to every year! And even though I drink too much and sleep too little, I always come home rejuvenated and reconnected!
There's just something about having a group of guys that get together on a regular basis that is comforting for the male gender! We love the competitive atmosphere, the locker room humor, the drinking games and that male bonding that makes us feel like we are part of a fraternity!

As part of this weekend we also have our fantasy football draft. If you are not familiar with fantasy football then watch these two clips and you will get the idea
Fantasy Football just gives us another reason to trash talk and pound our chests! This past year I was the league champion. So before the draft I was presented with the League Championship Trophy!!! This was the first time I had won since the first season in 1991. For those keeping score that would be a 16 year drought. So you'd better believe that I was reminding everyone all weekend that I was "The Champ"!!! 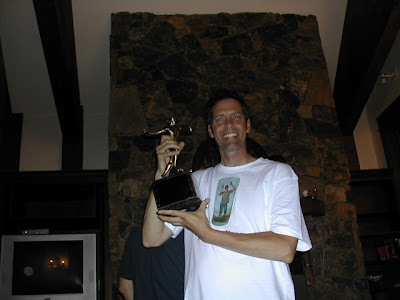 We spent the weekend playing golf, frisbee football, frisbee golf, a game called washers similar to horseshoes, a drinking game called "caps", a drinking game called a "boat race", billiards, and nerf basketball!!! We cooked man size bacon, egg, and french toast breakfasts! We fired up the barbeque and had steak and potatoes! We went to Oktoberfest, drank beer and ate bratwurst! We relaxed in the jacuzzi on the deck! We watched comedy in the theater room!
As you can tell, a "Guys Weekend" is basically our chance to be "Guys"!!! BOOYAH!!!
Posted by Single Dad Brad at 5:05 PM